#DonatekartSpills: What Is The Future Of Leadership? 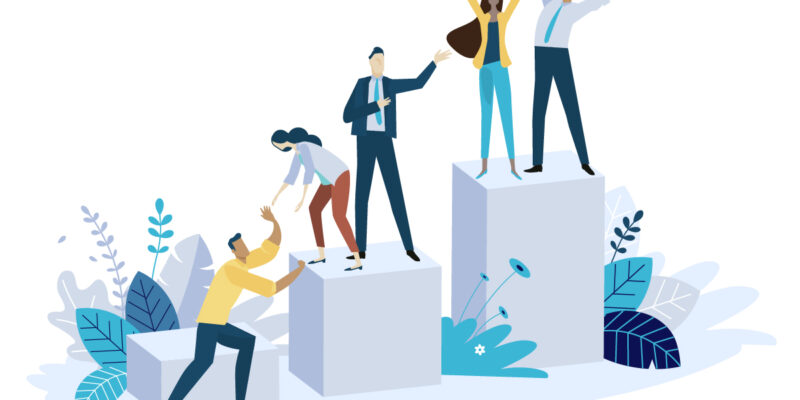 Gone are the days when the relationship between a boss and their team was one of fear and dislike. Not to say that those kinds of leaders don’t exist anymore, but the world has changed, and with it, so have companies and their employees. Leaders are being questioned, held accountable, and forced to step up their game. The ideal leader is no longer a strict disciplinarian. For most parts.

The conversation around leadership is an ongoing, and important one. But what does it mean to be a leader in this day and age? What is the future of leadership? And what do employees really want from those who are meant to guide them?

They say that there’s a simple, easy way to understand what your team needs – talk to them. For generations, the equation between a team leader and the team has been one with little to no open communication and two-way feedback. However, millennials and more importantly, Gen-Z have brought about a much-needed change in this mindset.

“There are a lot of stereotypical gender roles associated with leaders. A few years ago, it was mostly associated with men, especially those who were aggressive and perceived to be ‘go-getters’. While there are significantly more women in leadership positions now, certain biases stick. With Gen-Z coming into the workforce, we’ve seen a lot of that change. Many of them have so much more access and knowledge and don’t believe in conforming to particular gender roles. So when people say ‘act like a leader’, today, there’s not just one thing that defines a leader.” – Shrisha Shetty, Head of People & Culture, Donatekart

Today’s leaders need to unlearn, everything they’ve seen and been told. The pandemic has also been an important factor in this shift of perspective. In an internal survey, 29.6% of employees said that one of the best qualities for a leader to have is to be open to feedback. 22% said that leaders need to be good listeners. Just goes to show that a little bit of open conversation, can go a long long way. Read, adapt, grow – it’s the only way forward.

Over 59% of people said that they want their leaders to know and understand each team member’s strengths and weaknesses, and help them accordingly. This goes well beyond knowing your team member’s names, where they’re from, and what they order for lunch. The number speaks for itself – truly getting to know your team could be the key to being a great leader.

“When you’re leading a team, it’s important to know who’s in your team and what they bring to the table. I’ve realized that you can’t have the same yardstick for everyone. Really caring for them and being invested in their growth is what sets some leaders apart from the rest,” says Shrisha

The Future Is Kind, Free, And Diverse

The pandemic has brought about massive changes in all our lives. Several companies across the globe have moved to a work-from-home model. The focus on the overall well-being of employees seems to be at an all-time high, and if LinkedIn is proof enough, then many companies are moving towards a more inclusive and diverse working environment, and many employees are moving to companies that value them, also popularly known as ‘The Great Resignation’.

Over 88% of people believe that leadership styles have changed for the better since the pandemic began – with newer approaches, more open-mindedness and empathy. They feel like their leaders are more approachable and understanding of their challenges.

However, many companies still need to see more diversity in their top management. But we’re getting there.

The future is kind, free and diverse. And leaders will have to adapt.

We are India’s most trusted and transparent crowdfunding platform, with a vision to create a social impact. Our unique model allows people from across the globe to donate towards raising funds for products required by NGOs and charities in India, which are then delivered to them by us.

We are India’s most trusted and transparent crowdfunding platform, with a vision to create a social impact. Our unique model allows people from across the globe to donate towards raising funds for products required by NGOs and charities in India, which are then delivered to them by us.
Facebook-f Twitter Instagram Linkedin-in Youtube

About Us Partnerships
Explore Campaigns Gift Cards
Careers
Contact Us