Team UniKorn Pet Service is partnered with Donatekart and HSI to raise essential materials need for the flood-affected animals along with procurement and logistic support. Please do come forward and contribute for our souls affected by Kerala Floods.

Humanitarian and animal rescue teams alike face dangerous conditions as the floods continue to submerge houses and landslides hit the affected areas. Vast numbers of animals have drowned in the disaster, but rescuers across the state are finding animals trapped in the remains of dwellings swept away by the water. We are also getting multiple requests from pet parents who have been forced to leave their animal behind. We are doing all we can to help these animals but we need your support. Please donate to help the non human animals too who need your help. Donate today! 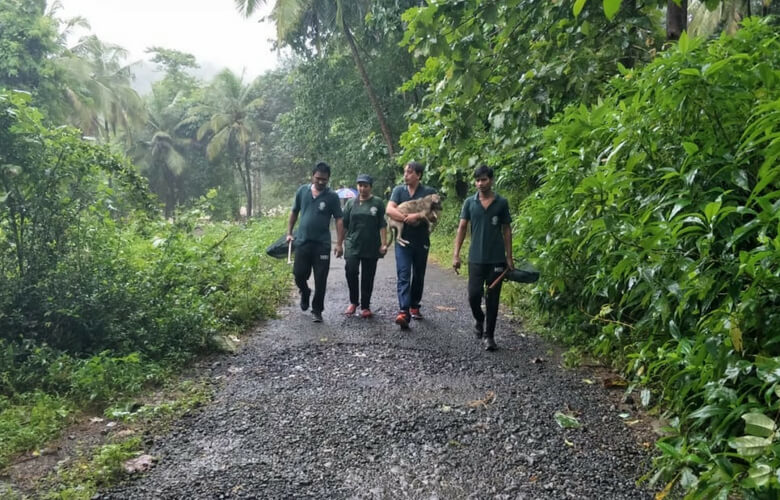 Team UniKorn Pet Service is partnered with Donatekart and HSI to raise essential materials need for the flood-affected animals along with procurement and logistic support. Please do come forward and contribute for our souls affected by Kerala Floods.

Humane Society International/India works to help animals on farms through our campaign against factory farming and street animals through our innovative Dog and Cat Welfare program and responds to animals in need in the aftermath of disasters.

HSI/India is proud to be a part of Humane Society International—one of the largest animal protection organizations in the world.

Donatekart is India's most trusted online donation platform for charities, where people can directly donate products needed instead of cash. We delivered more than 3 Million products worth 6 crores from 34000+ donors to 700+ NGOs across India. Donatekart was awarded the NASSCOM Social Innovation Award 2018 & 40 Under 40 award by New Indian Express for providing an innovative platform where Donors can support transparently to an NGO. We have helped hundreds of genuine NGOs by helping them connect to Donors who would like to support their work.

1) Verified NGOs Launch campaigns on Donatekart with their material requirement

3) The Products are delivered by our vendors to the NGOs once the Campaign ends.

4) NGOs use the products for the betterment of beneficiaries & updates will be sent to donors at the same time.

This way Donatekart assures 100% transparency at every step from donation to delivery. We are revolutionizing the way India donates. Join us in Delivering Happiness.

I always wanted to give a part of my first salary for a good cause. Donating through Donatekart is so very convenient, transparent and satisfying. Best for the todays busy employed people. Be Kind and Donate In-Kind.

DonateKart did not only help with our campaign at Annapurna but also helped us in realizing the importance and the potential crowd funding has.

I have wanted to teach children who are deaf and dumb how to draw and tap into their creative side. Raising the products for these children was a challenge to do all by myself. The support received by DonateKart made it possible to attain the help which brought out a unique inventive style of art made by these talented young ones.

Previous Next
About Humane Society International India
Share this Campaign